In a career spanning across more than a decade, Gaurav has donned many faces over the years. An IT engineer, he possess a decade of experience in handling varieties of clients from different organizations – from political campaigning to advocacy, from policy formulations to liasioning, from case publicity to press conferences and from crisis management to trade show representation and product unveiling.

As an IVRS expert, he has trained many officials from Bihar Administrative service (BAS) and headmasters from almost all districts of Bihar. He is also credited with holding the biggest ever BSDM skill development event in Patna, which witnessed attendance from even H.E. the Governor and the chief minister. Before that he tied up with Rashtriya Lok Samta Party (RLSP) to organise first of its kind round table discussions and events on the gender and caste representation in the Judiciary. The string of events played host to Supreme court judges, cabinet ministers and constitutional experts, all assembled on the same stage.

In past, he has organised Annual National Editors meet to mobilize support for UNICEF and its programs by bringing together MLAs and MPs along with many well-known journalists. Tasked with managing accounts and messaging of different legislative office bearers, he has also served as the head of Bihar and Jharkhand chapter of Rashtriya Swasthya Bima Yojna (RSBY). He has also been a core member of many social organizations like Nirbhaya Trust and is closely associated with Ministry of Railways, Labour and Social Welfare.

An Engineering Graduate of IT, Amrit has an experience of almost a decade in the field of Media handling, Crisis management, CSR, event management and press conferences. Ingenious and insightful, he has a nose for news and knows what it takes to drive a client coverage.

In past, he has been known for managing many big events single-handedly like Beti Bachao Beti Padhao, Haryana Pravasi Diwas and Bihar Skill Development Program.

As COO, he has been instrumental in devising plans for media mapping, media handling and client servicing especially in the field of real estate, Education and CSR. With a long list of acquaintances in National and local media circles, Amrit is your go-to guy for arranging press conferences and events. 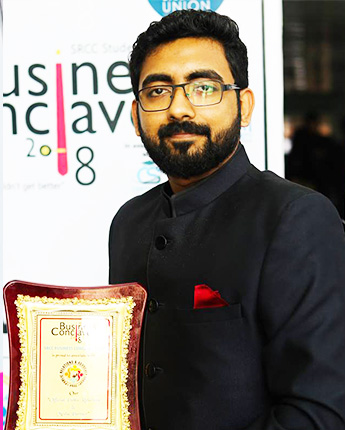 B.Tech graduate in Instrumentation, Ankesh is best known for his ability to strike a conversation with any stranger. Concise, clear and persuasive, he is sure to entice you the moment he opens his mouth.

As CMO, he is instrumental in designing new and innovative marketing campaigns and bringing them to fruition. With in-depth knowledge of human behavior and ability to convince, Ankesh is the best man you can have for crafting your winnable proposal. He is also responsible for reaching out to new people and organizations.

Erudite and ebullient, he has also exhibited remarkable ability to carve new business ideas and avenues. A prodigious Liasoner and a gifted negotiator, he has shown his prowess in dealing with high end clients like Ministry of Railways,IMI precision engineering and many others.

Shri Rahul Dev is the Honorary Advisor, SRI. He is an eminent journalist and language activist. He is Managing Trustee of Samyak Foundation since 1990. He has over four decades experience in print and television. He had been Editor of Hindi dailies Jansatta and Aaj Samaj, in television news head of Aaj Tak, Advisor of Zee News, Editor-in-Chief CNEB news channel and prime time anchor of DD News. He also works on developmental, public health and media issues with national and multi-lateral organizations.

Congratulations to Zozibini Tunzi on winning #MissUniverse2019 crown. We are ...

Skills, Enthusiasm, Motivation, Inventions and Entertainment all at one platf...

Public Relations is an area that can change the future of your business. When...